Selfridges is the first department store in the world to unveil its Christmas windows and full in-store displays with ‘A Christmas For Modern Times’ as the theme, across all its stores.

This year the Oxford Street windows fuse together a futuristic vision and the magic of Christmas and fairy tales.

Each window is either a symbolic representation of a well-known fairy tale or features one particular iconic element from one of them, but reimagined through a modern lens contrasting with a futuristic aesthetic treatment and a softer magical narrative.

The 2019 Christmas windows can be seen below:

Journey into the Enchanted Forest – Using a mixture of materials, this window feels modern and festive, featuring neon glowing magic bulbs and super skinny stylised trees juxtaposed with soft, powdery snow on a floating platform with a touch of sparkle

Rapunzel – Instead of being made out of bricks, Rapunzel’s tower is made out of a magnificent icy structure, with hair strands made of aluminium. This window was created in collaboration with Simone Rocha who has designed giant pearl hair slides for Rapunzel’s hair, weaved through the arches of the tower

Sword in the Stone – Nicknamed ‘Sword & The Streetwear’, this window showcases seasonal menswear and iridescent stone accented with chromed Excaliburs

Magic Doorway – The Magic doorway is a gateway to the Selfridges Future Fantasy, with a futuristic slide twisting and turning to showcase the latest drop of festive accessories

Magic Wardrobe – What every princess needs – her very own magical wardrobe. Set in the forest this icy clear translucent wardrobe features your dream selection of the latest womenswear.  Set in a snow mound with chunks of ice and futuristic trees

Princess and the Pea – The Princess sleeps on a neon green mattress sitting on top of an oversized, pearly pea. This window encases the most fabulous pair of pyjamas between the translucent layers of the mattress, complete with a transparent pillow on which her glass slipper rests

Golden Egg – A multifaceted crystal egg replaces the golden egg in the tale of the Frog Prince, with the latest tech products for Christmas 2019 showcased on the surrounding lily pads

Goldilocks and the Three Bears – Glowing green porridge bowls and oversized chairs made out of mirror give the classic story a new lease of life with a modern, edgy twist

The boat from the owl and the pussycat – The store’s biggest triple-sided window at the corner of Oxford Street and Orchard Street showcases the feast of Christmas from the Selfridges Food Hall, filled to the brim 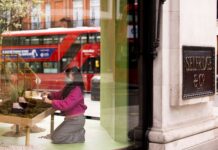 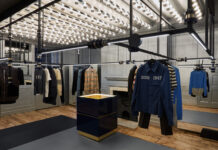 Browns Mayfair Flagship is a place to discover, dream and play 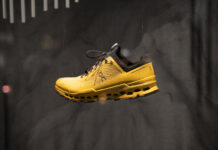 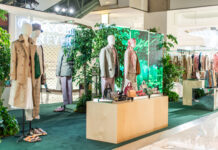 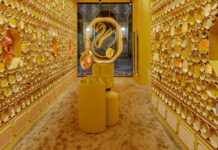